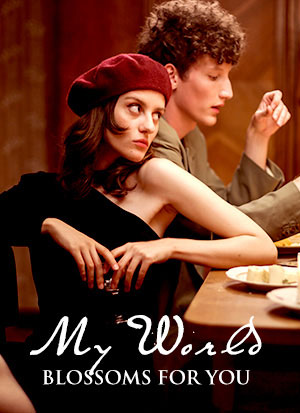 The busy night shift is finally over. Nina Morrison changes her waitress's uniform and looks through the window at the rainy night and begins to worry. There are too many guests today and the closing time is delayed by half an hour. She misses the last bus.
The taxi costs more than five dollars, which is enough to buy some meat for her dad. So she decides to walk back home. Nina looks at the old leather shoes on her feet. They are cracked, and they will be completely ruined if she wears them in a rainy day again! Well, she cannot afford a new one!
She must hurry home as soon as possible. Daddy must be waiting for her.
Rains, as well as the strong winds, hit her on the face that she could hardly open her eyes.
Suddenly, a glare of bright light sweeps through, "Creak..." A silver car suddenly stops with a fierce posture, along with the sharping noise of the brake! Nina is blinded by the harsh light, and is knocked onto the ground before she could take any reaction.
With the intense pain on her knees and arms, Nina tries to stand up, but only stumbles and falls onto the ground again.
A man rushes out of the car and swears at her, "What's your problem you bastard? You want to die?"
How can this driver be such unreasonable! The traffic light was red and she was walking through the crosswalk.
"How dare you scold me as you are the one who run a red light?" Nina trembles with anger as she looks at the flashy car parked in front of her, "You can run a red light just because you are rich? I have got your license plate number. Do you believe that I am going to prosecute you at the police station?"
The driver did not expect the woman to be such a difficulty to deal with. He is just about to speak when the car window slowly slides down and a hoarse but attractive voice comes out, "Dismiss her with 1000 dollars."
"Yes, my master!" The driver immediately puts on a respectful tone.
"Bang!" A thick pile of money is thrown onto Nina, which makes her in pain! The driver gives her a look as if it is a reward and turns to get in the car.
Nina's eyes are red with anger and tears well up in her eyes. She looks up desperately to keep the tears from falling. Picking up the banknotes on the ground, she endures the pain on the knees and arms, and with all her strength, throws them to the driver's arrogant back!
"Shit!" The driver does not see that coming, and the money hit him accurately. He turns around in furious and threatens to hurt her.
"Ryan!" The man sitting in the car stops the driver. Nina looks into the car, the streetlight shining through the window on a man's face.
It is such a handsome face, just like what they say about ancient emperors in the legend stories. The aloof black eyes shine unfathomable light. And right now, he is looking at Nina in mockery.
"Come here!" He crooks his finger to beckon Nina and says in a defiant tone, with irresistible force.
The man is far too handsome. Looking at his cheeks, Nina Morrison is in a daze, walking involuntarily to the window.
"Um... It hurts!" Nina's tiny jaw is suddenly seized by the man's palm! She exclaims, "What are you doing? Let me go! "
The man stares at her sharply as if she has become his prey. He strokes her delicate cheeks with his big hands and says with a sardonic smile, "How could there be a woman who does not love money?"
Nina feels painful with his pinch so she tries to break free of his grip. But the man's strength is amazing! She cannot move just for a little bit!
Nina glares at him with hatred in her bright eyes, "Just because you are rich and you think you can do whatever you want? Let go! Or I will go to the police and sue you! You ran a red light just now, and now you are committing a sexual harassment!"
The man laughs scornfully and puts more forces, and Nina feels that her jaw is almost crushed and her pale face shrivels in pain.
"You're a madman!" Nina Morrison could barely speak.
The man's dark pupils suddenly shrink and he releases his big hand! Without the force, Nina Morrison falls onto the ground unguarded.
A gold card is thrown out of the window. The man's proud voice carries condescending pity," This is my name-card; you can take it to the police station to sue me! Of course, if you need medical care, you can take it to the Gray Group to find me!"