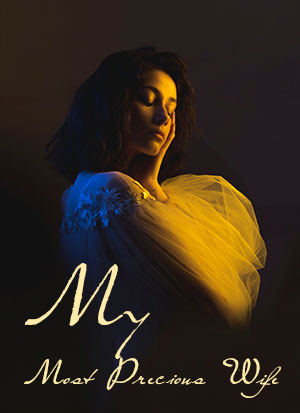 Chapter 1 Divorce? Over My Dead Body!

"Let's get divorced." Emily Gale was disheartened as she looked at the dashingly handsome man whom most women wanted to be with but she was now divorcing him.
Hunter Jackson, the most eligible and desired man in Bentson City, was rich, handsome, sophisticated and one of the most respected men in the city. But after being married for three years, she had given up hope that he would ever truly love her. After three long years, she was going to do the unthinkable and end one of the most envied matches in the city.
"Divorce. You want it, you got it. I set you free. Henceforth we no longer have anything to do with each other." Emily endured the harsh words and the heartache but refused to look at him.
Hunter was expressionless, deep in thought. He picked up the pen and signed the divorce papers handed to him by Emily. Thereafter he stood up from the table at the café and confidently walked out. His tall and strong frame immediately got every woman in the café's attention.
That was their relationship in a nutshell. No matter what she did, good or bad, it didn't leave a single impression on him.
Their relationship had been like this for over a year, so she had gotten used to it somewhat. Even if it hurt her like crazy. As Emily walked out of the café, her cell phone rang.
"Wendy", Emily answered the call and biting down on her lips said softly, "I listened to you and got him to sign the divorce papers."
"Really, he signed the papers?" Wendy Gale could barely hide her excitement and glee.
Emily was confused by her sister's reaction. She frowned and continued, "He signed, Wendy. Why are you so happy about this?"
"Ha ha ha, Emily, you really divorced Hunter, ha ha ha, you are an idiot!"
"What the hell are you talking about, sis?" Emily was even more puzzled. She felt that something was amiss.
"Isn't it obvious! With you divorcing Hunter I'll have a chance to marry him!"
Standing in the building across from Emily, Wendy looked at her from the top floor and laughed hysterically. She said, "Why do you think that Hunter has always been so cold towards you?"
"What the...?" Emily asked clutching her cell phone and unknowingly walking onto the main road.
"Because he always blamed you for the death of his brother. Do you expect him to love the woman who has killed his little brother?"
"I did not!!" Emily protested, "I have nothing to do with Vincent's death, did you...?"
Emily's eyes suddenly widened, she realized, "This was your plan all along, you sick bitch!"
"What are you going to do, tell Hunter the truth? What a pity, It's too late now." Wendy's diabolical laughter seemed to come from the depths of hell.
"I won't let you off! You tricked me!" Emily hated herself for realizing all of this too late.
"I am afraid that you won't have a chance now." Wendy looked down at the figure on the road and with an evil smile said, "Look to your left."
Emily glanced to the left, but at that instance, a loud impact rang out.
Bone shattering pain permeated throughout her entire body. She was like a leaf drifting in the wind. After being hit by the truck, her body hit the ground with a hard thump.
Her life flashed before her eyes. Half her life she spent obsessed over Hunter and trying to make him happy.
She thought to herself, if she had a chance to live her life again, she wouldn't ever love him again. How could she love a man who couldn't love her back?
Emily closed her eyes. As she lay there unconsciously, she couldn't see the dashingly handsome man, Hunter Jackson, running out of the crowd and lifting up her blood-soaked body.
And she could not see that the man who everyone idolized in tears as he carried her to the sidewalk and called 9-11.
She could not see that within her bag, out came the divorce agreement and where Hunter was supposed to sign his name, he had written the words, 'Over My Dead Body.'
Emily's body turned icy cold and finally she breathed her last.