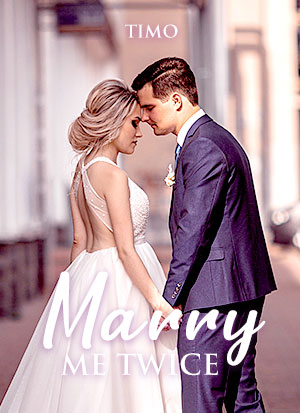 Charlotte was lying alone in a big, soft bed in a dark room, the quilt barely covering her.
It was her wedding night with the Moore family's second son.
However, there hadn't been a wedding nor a banquet; there was only a middle-aged man in a wheelchair with his back to her and his unkind words.
"Wash her clean and send her to my bed. I want to inspect her."
Inspect her...
To him, she was just a commodity for their mutually beneficial exchange.
The door swung open, and Charlotte's body tensed as she pulled the quilt up to her chin, wishing to hide.
Rumor was that the second son of the Moore family was a hideous man with a vicious temper. It was said that after he became impotent because of his disability, he'd become moodier than ever. There were even rumors that he'd jinxed his five ex-wives to death. And so, no family in the city, even those who were eyeing the wealth of the Moore family, dared to marry off their daughters to him.
The Wilson family, however, was an exception. They were in a dire financial state because their company's primary source of capital had been suspended and they were on the verge of bankruptcy. Her father's decision to take up a loan from loan sharks plunged the group and the Wilson family into an even greater crisis.
Debt collectors showed up one after another and viciously threatened to kill them.
It was at that time, their savior-the Moore family-appeared. Her parents were reluctant to sacrifice Charlotte's innocent younger sister, Christina, so, in turn, they sent Charlotte, who was recently divorced, to them.
Guilt-tripped by her father's pleas, Charlotte headed to the Moore family's house in her sister's stead to marry the terrible second son.
As the soft squeak of the wheelchair moving across the floor grew closer, Charlotte held her breath nervously. Through the darkness, the figure rolled ever closer and closer to her...
Someone suddenly pulled away the quilt, and a giant hand brushed against her body, stroking it. His hands were just like his personality-rough and cold.
"Ah!" Charlotte couldn't help but scream.
Soon after that, she heard a bitter chuckle, followed by a man speaking in a low voice. "Are you afraid?"
Meanwhile, the hands didn't stop caressing her.
The slender fingers traveled from her cheeks, across her thin neck and her delicate collarbone, before heading toward her infinitely alluring bosoms.
Charlotte clutched the quilt, trying her best to ignore the desire to move away.
He didn't pause there; instead, he ran his fingers along her stomach without stopping, and as his hands went lower and lower...
"Stop! Stop!"
When he was about to reach her private parts, Charlotte finally couldn't bear it anymore and grabbed his hand.
It was common knowledge that sexually dysfunctional men were psychologically twisted and had special kinks and desires, the most common being sexual abuse!
Remembering this, Charlotte's body shuddered even more intensely and stammered. "Y-Young Master Moore, can you please stop? I-"
"No."
Her body stiffened instantly as her hand shook in fear. He could feel her trembling as she was grabbing onto his hand.
"Hehe, how charming. You truly are a great actress, huh? Stop trying to pretend you're still a virgin." His cold voice was filled with mockery.
Lying on the bed, Charlotte's pupils dilated hearing his words. 'He can't be...'
The next second, the lights flipped on, and her eyes squeezed shut at the sudden brightness.
The man withdrew his hand as he glared at her with his sharp eyes. His thin lips pressed into a sickening smile.
"Should I call you Christina or Charlotte, my dear?"
His icy tone made Charlotte tremble terribly. As soon as she opened her eyes, she was met with a pair of deep, cold eyes.