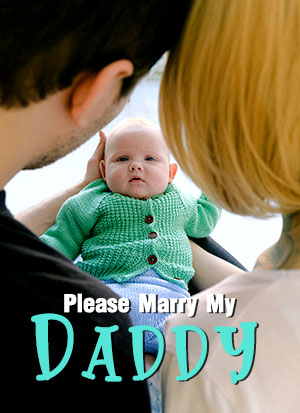 Chapter 1 The Night under the Candle

It was a cloudy night when the wind was howling through the town.
"Crack."
The lights in the clinic suddenly went out. Mo Xiaomo looked through the glass door and found that the whole street was in pitch darkness.
"Another blackout... Nothing good happens when you replace her on duty!"
Murmuring to himself, Mo Xiaomo stooped and groped under the counter for a candle to light. Then its feeble light swayed in the cool wind that penetrated the crack of the door.
Mo Xiaomo went to the glass door, ready to lock the door of the clinic and go to bed to have a rest. When she was about to reach out to close the door, a tall black figure suddenly burst in.
It was not so much a breaking in as a falling!
"Ah!" Mo Xiaomo was screaming in horror and then fell to the ground with this silhouette.
She pushed this man aside in puzzlement, and was just about to reach for the candle to see who he is when the man groaned.
"Er ——" It was a man's voice.
"Hi, are you all right?" Because there is no time left to think too much, Mo Xiaomo touched the man's arms in the dim light.
His temperature was so high, as if he was a patient who was running a high fever!
Mo Xiaomo was frightened by such high temperature, hurriedly holding the man's shoulder to support him to stand up.
"I will help you to lie down on the bed, and then give you antipyretics!"
"Please, don't go." The man's voice was low and hoarse, as if he were suffering from a terrible physical pain, and it seemed that he had had a severe fever.
"Don't worry, I'll help you! Saving lives is... Ah..."
Not having finished her words, suddenly, she was pushed down by the man on the hospital bed that she had just supported. With no time to react, she was surrounded by strong and dangerous male hormone.
"What are you going to do? Hum——"
Without precaution, Mo Xiaomo realize the situation then, ready to push away this man. She wanted to say something, but all words stuck in the mouth. Her lips were occupied by a strange breath and her mind went blank as if electric current was going through her body.
"Please do me a favor, "he said.
This man's kiss was passionate and wild, unbridledly sweeping every inch of this girl's skin. The heavy breathing and stubble made her not know what to do. She was trying to escape from this man, consequently, her clothes were torn off.
"Let go of me, help! "
Mo Xiaomo angrily pushed him away, but she was too weak to push him away. Instead, the man's assault was getting faster.
"Don't. Ahhh!!"
The pain of her body made her pinch her fingernails into the man's back . He paused, his voice husky and apologetic: "I'm sorry, I was aphrodisiac. Thank you for your help. "
Mo Xiaomo finally realized that the "help" he said and her understanding of the "help" is not the same at all.
She was going to help him, but not with her own body!
Mo Xiaomo clenched her lip, tears shedding from her eyes. Her breath was so confused by the brutality of the assault that she could not speak a single word.
Zhong Teng was aware of Mo Xiaomo's helplessness and compromise, so he gently bent over to kiss her, swept through every corner of her mouth, leaving his smell.
Half of the candle on the counter had burned out and Zhong Teng finally calmed down.
He kissed Mo Xiaomo's tearstained face, gently gathered up her dress, then took off his wristwatch and placed it in Mo Xiaomo's palm.
"Tomorrow come to TengFei Building in A city with this watch, I will repay you!"
After arranging his own clothes, Zhong Teng groped in the dark to open the glass door of the clinic. The cold wind was blowing, leaving the place in silence.