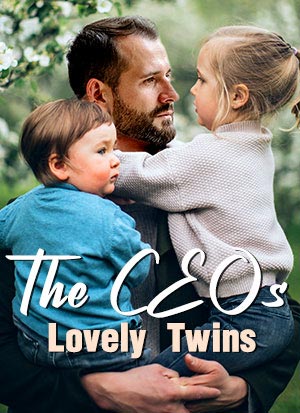 Hayden Downey screamed and woke up abruptly from her sleep. She was sweating a lot. The sun was already high up in the sky but her back was all covered with cold sweats. She had actually dreamt about that once more! She heaved a sigh and wiped away the sweats from her face.
It was a night from two months ago when she was having a bad mood from an argument she had with her boyfriend and she wanted to seek for her best friend to release her anger. Yet the moment she found her best friend, she realized her friend was lying beside her boyfriend on the same bed. That moment, she had no idea how she managed to run away and reached a pub while staggering along the way.
The pub was filled with a voluptuous atmosphere and she wanted to battle drinking with strangers just to vent her emotions. In the end, she ended up being brought to a luxurious suite while in a confused state. She then saw a man as her consciousness drained away. She could not discern his looks clearly but could only feel that the man possessed a powerful aura. Her face flushed and she did not dare to think of it further. She looked at the time and noticed it was already half past ten.
…
Hayden quickly cleaned up, took her bag and started off to the laboratory.
Upon entering the lab, Hayden detached herself from all the feelings she felt earlier and dived into her work. "Hayden, I've bought your lunch, come have it first, you can continue your work later anyway." Her junior raised the lunchbox in her hand and greeted her. Hayden looked up and wore a light smile.
She did not have time to have breakfast in the morning and she was actually feeling hungry at the moment. Yet at the next moment, her expression changed and the light smell of the fish had upset her stomach. She tossed down the experiment that she had not yet finished and rushed to the washroom, retching there for quite a long while.
"Hayden, judging from your look, could it be that you're pregnant?" Her junior quickly put down her things and went to her side, feeling baffled while patting her back gently and asked. Her words had immediately struck Hayden and her face went even paler. Pregnant. Could it be such good timing?
Yet reality always contradicted to one's thought. In the hospital, the female doctor handed her a checkup report and deliberately pointed out the position where the fetus was. She said, "Ms. Downey, congratulations, you're indeed pregnant! The fetus is now aged around seventy days and its condition is still considered stable." As she spoke, Hayden was so shocked that she felt that she was struck by lightning. She almost fell but she managed to keep her balance by supporting herself with the wall.
She had actually gotten pregnant! Yet the child was not a surprise gift, but a humiliation to her. It had reminded her the past she did not want to recall forever. She did not want to think of what happened that night or think of her best friend and boyfriend's betrayal whenever she saw the child in the future.
She wandered along the corridor of the hospital for a long while and finally once again rushed back into the doctor's office. "Doctor, I, I don't want the child."
"What?" The doctor's smile froze at once. She did not expect that such a young and delicate girl was actually that cruel and could not help but say, "Miss, you already have the child, that's such a pity…"
"I…I don't want the child!" Hayden grabbed the doctor's arms even tighter and said with a pleading voice.
"As a doctor, I will respect my patient's choice, but I still have to warn you not to regret the consequence of your decision." The doctor said with a slightly stern look. She wondered why young people nowadays were that irresponsible.
"Doctor, I've thought it through. My decision to abort the child would not be changed." Hayden looked into the doctor's eyes and said firmly.