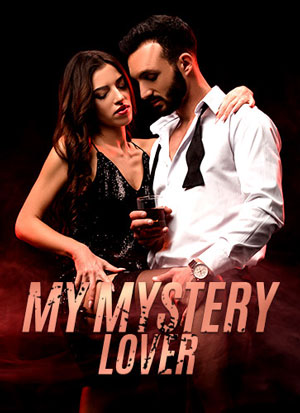 It was quite a passionate night.
Amy Miller was sleeping and felt someone came closer to her. Did Matt, her husband, come back? She wanted to opened her eyes but she felt too sleepy to make it. The next second, that man already took off her clothes and left kisses on her body.
She was turned on and felt her desire was ignited by him. She wanted more and couldn't help moaning in a low voice, which made him more excited.
The sex was wonderful and she didn't count how many times she came. But she was exhausted in the end. The last thing she remembered was that he caressed her cheek gently.
And she just said, "Let's stop and rest. Please, I'm really tired."
After that, she passed out.
Sunlight poured in as dawn awoke the sky. A violent knock on the door woke Amy. She opened her eyes and looked around. But to her surprise, she wasn't in her bridal chamber.
Her marriage to Matt Wilson was the night before. The wedding was so pleasant that Amy drank quite a bit. After having the last glass of wine toasted by her intimate friend, Gina White, Amy forgot what happened.
She had no time to recall the night before. She picked up her torn wedding dress from the floor and pulled it on in a hurry as pain wracked her entire body. Before Amy had the dress on all the way, a group of journalists broke the door down and rushed in with Matt close behind them. The flashing cameras startled Amy so much that she reached for Matt's hand. But he shook off her.
"Amy Miller. We haven't even been married half a day and you can't wait to sleep with other man. You son of a bitch!" Matt said, stepping forward and slapping her cheek so hard that it echoed through the room.
"Matt!"
Matt beat her down, catching her off guard. Her face swelled within seconds. She cried out and covered her face with her hand as she tried to put together what was happening.
"Amy, I can't believe you would do such a terrible thing! Matt had been waiting for you in the bridal chamber for the whole night, but you never came. And now you turned out to be busy having sex with someone else last night. How could you?"
Gina walked up to her and tossed the photos to Amy with a foxy glance.
Amy looked at her doubtfully and picked up the photos. The next moment, her face turned pale. She was clearly having sex with a man in the photo. Although his face didn't show in the picture, he wasn't Matt.
'What the hell is going on? Why did I sleep with this strange man last night?' Amy totally blanked.
"Listen to me, Matt. I can explain."
She scrambled to her feet and struggled to explain what happened. But what could she say? She didn't remember anything!
"We're getting divorced," Matt said in distaste. He took out the divorce papers prepared in advance and threw them at Amy.
He pierced Amy's heart with his words and refused to look at her.
"Amy. It's better for you to let go of Matt. He doesn't love you anymore," Gina pretended to comfort her, but her tone was full of arrogance and happiness.
"Gina, you plotted this?!" Amy asked because she suddenly recalled the wine and lunged at Gina for confrontation.
"What are you doing? Just sign the papers and get out of here," Matt shouted.
Before Amy got close to Gina, Matt shoved her violently, causing Amy to smash into the table. She fell to the floor, tears blurring her vision as she hid her face in her hands.
"Matt." Gina caressed Matt's hand and sneered at Amy, gloating over her prize.
Amy raised her head and understood everything. She glared at them, hands balling into fists.
"Matt Wilson. I refuse to sign the divorce papers." She sneered back at them and threw the papers to their faces. She refused to let them play her in such a way. He wanted to divorce her and stayed with Gina? She wouldn't allow that!
"Don't be silly. If you reject to sign them, I'll send the photos to the newspapers and they'll be all over the front page. Soon your dad will know all about your shame." Matt knew exactly what to say and how to control her.
Amy hesitated. Miller Group fell into sudden bankruptcy not too long ago. Her father had a heart attack and was still in hospital. The doctor warned Amy that any extra stress would be too much for his fragile heart. She had to prevent her father from seeing the photos. His life depended on it.
She glared at Matt's face, one she used to gaze at in awe and now wanted to do nothing more than to tear it into pieces.
"Fine, I'll sign."
She compressed her anger, picked up the papers and signed them without even reading. She knew the terms would make things even worse for her, but her father's health came first.
"Don't forget your things in the bridal chamber." Matt reminded her with a sneer.
"Throw them away. I don't need them." Amy held her head high and protected her pride. But she knew her head was aching badly as if it was going to explode.
Then she shoved past the journalists in front of her and rushed out without looking at the traitorous couple behind her.