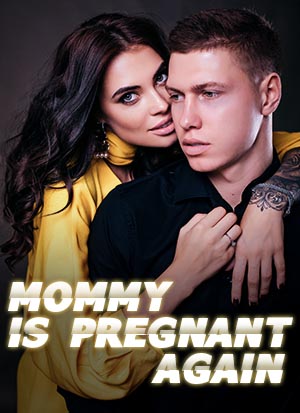 Violet Hunt opened her eyes at three o'clock in the morning.
The man next to her was still asleep, leaning sideways. She was unable to see his face.
But at the thought that he had five times of sex with her a night, Violet turned flushed immediately. How could he have so much physical energy?
Violet forbore the painful feeling between legs, walked out of the presidential suite gritting teeth, but as soon as she walked out, a woman stood in her way suddenly.
"How is going? Is it done?"
It was her half-sister, Phoebe Hunt.
"Yes." Violet nodded.
"Are you sure he didn't see your face?" Phoebe asked.
The man was Tony Griffiths, the chief judge of the fashion contest, an old man in his fifties.
He made it clear that as long as Phoebe slept with him for one night, she would be the winner.
Violet was lack of money, so Phoebe asked Violet to do it for her.
"Have you got the money?" Violet did not answer, thinking only of his brother who was in the hospital waiting for money to do surgery.
Phoebe curled up the corner of her mouth, pulled out a bank card with one million in from her bag, handed it to Violet and said a few false kind words.
"I hope your beloved brother will be fine."
Violet took the bank card and then turned to leave, not wanting to talk with Phoebe anymore.
It was all about saving her brother!
After Violet left, Phoebe walked into the room in dark. She first took off her clothes, and then climbed into bed and lied beside the man.
When it was dawn, Phoebe pushed the man and spoke in a sexy voice, "You are bad, I am so shy."
In the dark, the man opened his eyes. His brain was still dizzy after hungover, but he vaguely remembered the figure of the woman.
"I will be responsible for you."
A deep, mellow voice sounded particularly pleasant in a quiet room.
This voice!
Phoebe suddenly sat up and immediately turned on the lamp on the head of the bed.
It was a young handsome man!
It was not Tony Griffiths, a wrinkled old man!
In a moment of shock, Phoebe recognized the man.
He was Stanley Murphy!
The most powerful man in J City.
"You saved me, and I will give you everything you want." As Phoebe was wandering what happened, Stanley had stood up. When he walked out from the dressing room in neat clothes, he handed her a gilded business name card, "Here is my number and address."
With dark eyes, pale lips, perfect outline, he had light expression, with his suit in the crook of his arm.
Phoebe grabbed the quilt tightly and took the name card.
Before she could say a word, Stanley had already strode away.
Looking at the name card in hand, Phoebe was excited. She did not expect that Violet could be so lucky to sleep with Stanley.
But she was much luckier, because Stanley mistaken her for Violet!
Let alone champion for the contest, J City would belong to her in the future!
At the same time, Violet stood outside the operating room anxiously, waiting with red eyes. She frowned deeply, with much worry. She bit her lip and pinched her fingers nervously. She glanced at the light above the operating room and prayed: Dear God, please let my brother get through this...
...
Four hours later, the light on the operating room door finally went out and the doctor, still in overalls, came out.
Violet asked him with worry, "Doctor, how is Steven?"
"The operation was a success."
Hearing that, Violet grew red in eyes because of excitement. Her effort was not in vain.
But in the next second, the doctor took a sign, "But we found your brother got severe lesion during the operation."
It was like a bolt from the blue. Violet trembled and felt cold from head to toes.
At this hour, she got a massage from an unknown number.
"If you want to save your brother, leave J City."