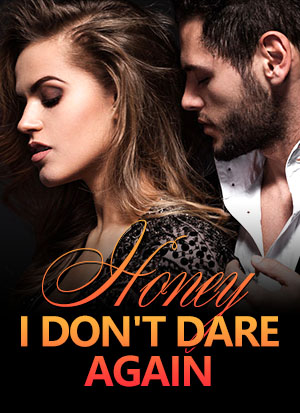 Chapter 1 The Indifference of Her Husband

The beginning of December in Olkmore City was colder than in previous years.
Amber Reed nestled expressionlessly on the sofa and listened to the curses of her mother-in-law downstairs.
"Amber Reed, you can't have a baby, and now even your brain isn't functioning? It's already late and you're still not cooking! You want to starve me and Logan to death, don't you?"
For the six years she was married to Jared Farrell, her mother-in-law complained behind her back all day about her not being able to have children.
But who would know that it was her husband who had never touched her from the start?
"Come on down and help me with my school bag. I have to go to school!" A teenager's voice urged immediately after.
Logan Farrell, Jared's younger brother, was nothing short of a jerk and had tormented Amber a lot.
As far as he was concerned, his sister-in-law was an easy target.
Amber came downstairs and went into the kitchen, cooked dinner, and helped Logan sort out his school bag and lunchbox.
"Mom, dinner's ready!"
Shonna Woodham was irritated by the impassive look on Amber's face and slammed her glass of water down on the table, "Amber, how dare you? You're spending my son's money and living in our house, and you treat me with that attitude. Believe it or not, I'll call Jared right now and tell him to divorce you!"
Amber's hands shook as she gripped the dinner plate. She let out a deep breath and forced out a smile, "Mom, I didn't."
Shonna didn't believe her and said grimly, "Amber, don't think that just because you have Lady Georgia backing you up that you'll always be Jared's wife. You're nothing in front of Makenna!"
At the mentioning of Makenna Gardner 's name, Amber paled.
Logan rolled his eyes, obviously having sensed something. He grinned, "You didn't know that, did you? Makenna is about to be discharged from the hospital. My brother is bringing her back to live with us."
Amber's eyelashes fluttered and her hand shook as she set the plate.
Shonna couldn't stand to see how aggrieved Amber was pretending to be and grunted as she waved impatiently, "Don't stand in front of me! You're spoiling my appetite. Get out of here!"
Amber didn't linger. She turned around, went upstairs, then nestled in the sofa again.
Around late afternoon, a Maybach pulled up at the door.
Amber got up abruptly from the sofa and jogged to the balcony to look down.
A tall man in a suit got out of the car. He was handsome and elegant, better looking than many actors on TV.
The man seemed to have noticed someone looking at him and looked up to meet Amber's eyes.
His eyes were cold and unemotional.
Amber was used to the stare and the corner of her mouth tugged without a smile.
After Jared entered the room, Amber went to the bathroom to get the bathwater for him as usual, "Honey, it's almost a month since Grandma went to the Buddhist temple. She called back in the afternoon and said she had got you a talisman..."
"I have something to tell you," Jared interrupted her.
Amber turned back.
Jared had been staring at her with his deep-set eyes, which were indifferent, detached, devoid of warmth.
Jared's thin lips parted and he spoke in a gruff voice, "Makenna's coming back. You're moving out tomorrow."
Amber's heart went cold, inch by inch.
Sure enough, Logan was right.
"What if I don't?" Her voice was soft like a misty cloud of smoke.
Jared frowned.
For the first time, the woman in front of him, who always did what she was told, had disobeyed him.
His voice was cold, "Don't forget how you married me six years ago!"
How could Amber forget?
When Makenna was in a car accident, she was the one who called 120 and gave Makenna the blood transfusion. Jared thanked her and promised her a request.
The only thing Amber said she wanted was to marry him.
It was a thought that had been rooted in her heart since the first time she met Jared in high school.