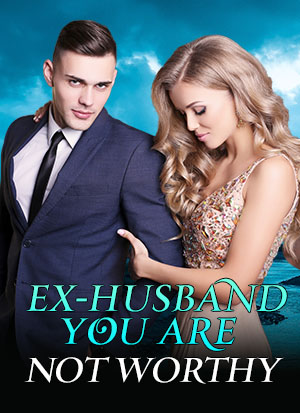 Chapter 1 Why Have a Baby with the Woman I Dislike

"Julian, you've married Emelia for three years. You should have a baby," an old man's voice was heard from the study.
A man answered coldly, "Why would I have a baby with the woman I dislike?"
Emelia Jones, who was about to knock on the door, paled.
The man's voice continued impatiently, "Grandpa, let me tell you again. I won't have a baby with Emelia Jones. You'd better give up."
"You brat!" the old man roared in anger. Then a teacup was smashed on the ground. Emelia also heard a man's footsteps toward the door.
She hurriedly hid in the bathroom next door. Her waist bumped into a corner because of her hurried movement.
The tearing pain spread from her waist to her heart. Tears welled up in her eyes.
A few days ago, she received a pregnancy report. It was sent from Yvonne Sullivan, the first love of Emelia's husband.
Also, Yvonne sent her a disdainful text: "Emelia Jones, you've married to Julian for three years but still failed to make him love you. What a loser.
"You are his wife, but you can't win his heart. How can you be so submissive and have no self-esteem? If I were you, I would have killed myself already."
Emelia didn't know that her husband was in love with another woman until she had married him.
On the night of her wedding day, she saw the news report about her husband, Julian Hughes, and the superstar, Yvonne Sullivan, going into a hotel.
She had expected to lead a happy life with him. She quitted her job and became a housewife.
How ridiculous, in the following three years...
As soon as she hid in the bathroom, the door was pushed open forcibly from the outside. She staggered backward.
In tears, she saw the man walking in with a stern look. It was her husband.
He gazed at her coldly. The black suit made him look more heartless. He pinched her chin in anger and said, "You asked Grandpa to urge me to have a baby with you? Emelia Jones, your tricks have become dirtier after these years."
Before Emelia spoke, he said more coldly, "Three years ago, you set me up and became Mrs. Hughes. Do you want to stay in the Hughes family for all the rest of your life by relying on a baby?"
Emelia's expression changed. Biting her bottom lip, she said, "No, I don't."
"Really? Why did you eavesdrop on my conversation with Grandpa?"
Julian looked at her ironically. "Good, you've heard it. You should know my attitude to you. You don't deserve to have my baby."
His ruthless words made her clench her hands tightly. The fingernails sank into her palms.
She always knew Julian didn't love her, but she felt distraught when he said she didn't deserve it.
For three years, she performed her duty as Mrs. Hughes wholeheartedly, whether in the bedroom or in public.
She had thought what she did could gradually make Julian change his mind, but only then did she realize that his heart was an iceberg. No matter how much she had given, he couldn't be touched.
"Julian, have you ever liked me in the past three years?"
Her voice was low. She tried her best to suppress her body from trembling as if she had used up all her strength and courage.
Julian felt weird when hearing her humble question. However, the feeling faded right away.
With aloofness in his eyes, he asked, "What do you think?"
His sarcasm and disdain defeated the last defense in her heart. The sharp pang in her heart made her numb.