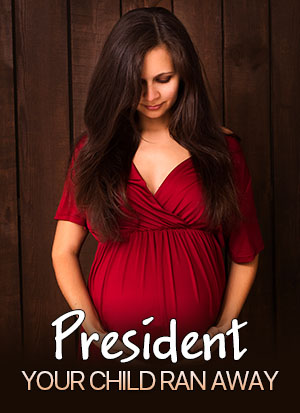 Chapter 1 Sebastian Grant, You don't Have a Heart!

Ten months later, Bonnie was finally in labor.
Lying on the operating table, she was dazzled by the bright shadowless lamp. Then she heard the nervous voices from the obstetrician and nurses.
"We have a breech birth here. She needs an emergency C-section!"
"Too late. She's hemorrhaging. Call her family! They need to make a decision now!"
"Her family is here!"
Sebastian arrived?
Even since Bonnie Morgan got pregnant, he had never turned up. Now she was in labor, and finally he was here!
Her heart racing with excitement, Bonnie craned her neck and managed a few words, her lips chapped, "Sebastian, our baby… Why are you here, Bella Jones?!"
Bella, dressed in a white wedding gown covered with little diamonds, walked slowly towards Bonnie with a charming smile. Bonnie's eyes stung as she saw this scene.
Bella was wearing the Angel's Wedding Dress, the dress she was going to wear at her and Sebastian's wedding! But why was Bella wearing it now?
"I'm sorry, Bonnie. Sebastian won't come to see you. He's waiting for me at the ceremony now. We're getting married today."
"This can't be happening!" Bonnie shook her head violently. Seized with labor pains, she clenched her fists. "Sebastian said he'd marry me. We have a baby!"
Bella, however, stayed calm and spun the ring on her ring finger, "Sebastian doesn't want me to suffer pain, so he chose you to suffer for me."
"Come on, Bonnie. Wake up! If Sebastian had feelings for you, he wouldn't have left you alone here!"
"You're lying. I want to see him. I need to see Sebastian!" Bonnie kept shaking her head, struggling to get off the operating table. But as soon as she moved, blood gushed out of her body and soaked the white sheets, dripping to the cold floor.
At this point, Bella's phone rang, and the caller ID said "Hubby".
"Hello, Sebastian. I'm in the hospital. Bonnie is having a very hard delivery. She's dying," Bella was able to speak the meanest words in the sweetest voice.
The voice on the other end of the line paused for a moment before saying slowly, "She should have died already!"
It was Sebastian's voice!
Having been in love with Sebastian for twelve years, Bonnie knew as much about him as she did about herself, and was certain that it was Sebastian's voice.
Did Sebastian just say she should have died already?
A shiver ran down Bonnie's spine. Tears streamed down her face, and she could taste the blood in her mouth. Somehow, she thought of that night when Sebastian whispered in her ear in the darkness, "If you get pregnant, give birth to it, and I'll bring it up!"
Sebastian said he would bring up the baby, but he wished the mother of the baby were dead. No wonder he hadn't appeared again since that night. No wonder she had been kept in the house since she had got pregnant. No wonder Bella was wearing the Angel's Wedding Dress, the dress she had longed to wear. Sebastian had never loved her, and she was nothing but a child-bearer for him!
Now Bonnie saw the man she had loved for twelve years in his true colors!
Bonnie felt that she was about to black out. Meanwhile, there was a pool of dark liquid spread out around her. They couldn't stop the bleeding!
Bella saw this scene, her beautiful eyes glinting shrewdly. The delivery must have made it hard for Bonnie to think straight, or else, she wouldn't have been fooled so easily.
"Don't worry. I'll bring up your baby in the future," Bella said as she turned to the obstetrician. "We choose the baby. Give it to me!"
The obstetrician replied in a cold sweat, "I'll get the anesthesiologist ready."
"Don't bother. We want the baby anyway. Do it now!" Bella's cruel reply made everyone shudder.
The obstetrician didn't dare to disobey Bella's order. After all, she was the untouchable Mrs. Grant. He raised the shiny scalpel and cut Bonnie's big belly. As her belly was slit open, Bonnie opened her mouth in agony, but couldn't make any sound.
"Twins! A boy and a girl!" The babies were pulled out of Bonnie's womb, crying loudly.
Those were her babies!
Regardless of her own condition, Bonnie reached for her two newborn babies, but the next moment, she fell off the operating table to the floor, lying weltering in blood.
All she could do was watch Bella leaving with the two babies in her arms!
The cries of the babies faded to silence, but before long, the hurried footsteps and frantic screams came from out of the operating room.
"The hospital is on fire! Everyone run!"
Soon, the operating room was filled with heavy smoke, while the fire raged towards Bonnie like a beast.
Finally, the flames licked at her feet and engulfed her…