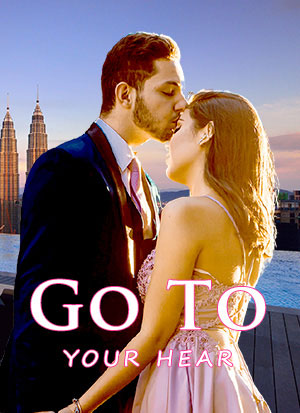 The summer in Haicheng was long and hot. The room without an air condition felt like a steamer. Anna used the hand fan for a while, but it was too hot to bear. She opened the door and went outside. When she came to the corner of the living room, she heard some noise.
"Mom, I don't want to go to school! Don't force me! "
"You're already sixteen years old. Why don't you want to go to school? Can you earn your meal with these video games?"
"I'm not just playing games. It is my dream to become a professional e-sports player! School is not a place for me! "
Anna heard the noises. She already knew that his brother must be quarreling with his mother about not going to school. She was about to turn around when she heard her brother saying, "Our family is so poor, sister will go to university this year. Our financial condition cannot afford to pay fees for both of us."
"What university? Your sister will not go to university. She will be married soon. Your father has decided this for her. After her marriage, our family can enjoy happiness."
"What? You are planning for her wedding? Does sister know this?" Aiden asked.
Anna was stunned. She thought she had misheard it. She was only 18 years old. But it was written 20 on her ID Card. It was because of the family planning regulations that after having the first child as a girl the second child can only be born after four years. Therefore, on her ID card, they reported her two years older than her actual age.
And now they want her to get married?
"She is a girl. Sooner or later, she has to get married. We don't think that there is any need to highly educate her. We are happy, they agreed to come up with two apartments for this marriage."
Two apartments? Anna's hand tightly clenched into a fist. In her mother's eyes, she worth not more than two apartments. From childhood, her parents always favored her younger brother. She always thought that it was just a misunderstanding. After all, her brother was younger, and a child naturally needs more attention. But now, after hearing this conversation, her heart became full of anger.
Just because she was a girl, she didn't hold the right to educate herself? She was better than her brother, but her mother was really biased.
Anna found it idle to wait and do nothing. Her mother wouldn't give her money for admission to the university. So she decided to borrow it!
...
Anna was standing at the door of Claire Ashley's house. She didn't control her tears when she thought about the conversation she just had with her mom.
Claire opened the door and saw Anna's face, "Anna, what's wrong? Why are you crying?"
Anna quickly wiped her tears and went in.
Claire's mother saw Anna, she smiled at her, "Oh, Anna is here. Come, Anna, sit with me."
Anna was not comfortable. Whenever she came to Claire's house, her mother always greeted her warmly, but this time, she was here to borrow money.
Anna sat down and after a moment said, "Auntie, I... Can I borrow some money from you? "
Claire's mother was surprised, "What happened, is there any difficulty?"
Anna pinched the corners of her clothes. Some things were really hard to discuss. "My mother... doesn't want me to go to university, I... I' want to borrow some money from you. I'll pay you back with the interest..." She said and there was a long moment of silence. The long silence makes Anna's mood more depress and tense. She lowered her head and didn't dare to look at Claire's mother's face.
Claire's mother sighed, "Anna, it's not that your aunt doesn't want to help you, but our own financial condition is not stable and I can't help you with this matter..."
Everyone knew that Anna's family's financial condition was not good. Claire's mother feared that she would never get back her money if she gave it to Anna. The Ashley family can afford to lend them money, but they didn't want to.
Anna lowered her eyes and fixed them on the ground she was sad and hopeless, the tears that were floating in her eyes finally dropped down on the ground.